More Victorians found a job in November than in any other month in the state’s history, underscoring the resilience of the economy as we recover strongly from the effects of the Delta outbreak.

Australian Bureau of Statistics labour force data released showed 141,000 more Victorians were employed last month, taking the growth in employment since September 2020 – the deepest trough in employment during the pandemic – to 245,000.

There are now 525,000 more people in work in Victoria than when the Victorian Government came to office in November 2014 – the highest increase of all the states in that time.

Victoria’s unemployment rate fell by 0.9 percentage points to 4.7 per cent last month – the largest decrease among the states in November.

The Victorian Government backed families, workers and businesses from the start of the pandemic, creating the conditions for the robust bounce-back that we are now seeing. More than $13 billion in support was allocated to 260,000 businesses, providing a platform for businesses to now take on workers and plan with confidence for the future.

The ABS figures reinforce the sentiment of the Budget Update which showed that economic activity would broadly return to the growth path forecast in the Victorian Budget 2021/22 by mid-2022.

The Budget Update forecast the unemployment rate would average 4.5 per cent in 2021-22 and remain at that historically low level in 2022-23.

Economic growth was forecast to rise to 4.5 per cent next financial year, compared to the 3.25 per cent forecast in this year’s Budget. 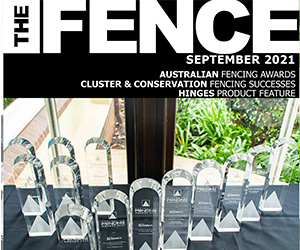 Reports of an increase...

The community is invited...

More Worker Accommodation In The Mallee

More Worker Accommodation In The Mallee