It was an uncertain season for Bundella grower Andrew Campbell, but a few good decisions along the way and planting a quality wheat variety like Pacific Seeds Lancer helped him harvest a top crop.

Mr Campbell, who runs cattle and cropping property ‘Rockgedgiel’ with his wife Kimberley and parents Colin and Meg, said deciding to plant into a paddock with a full moisture profile helped protect it from the lack of in-crop rain.

“Coming into 2019, the full profile mixed with a bit of rain in March set up the paddock well.

“There was a lot going on at the time and we were about to have our third child, so we sowed the wheat in the third week of April, which is pretty early for Lancer.

“The paddock had a good slope on it so there was a chance of frost, but with the elevation, we thought it should be fine.”

He said the season outlook was ordinary but rain at the end of April improved the situation.

“It got in and up, and after 30mm in late April, it never looked back.

“The winter was mild, and although it didn’t have a lot of in-crop rain at 94mm, it put on a lot of biomass.

“In September and October, we were looking at it asking the question, ‘How much moisture is left, do we bale it?’

“There were good returns on hay but ultimately we didn’t want to deal with thousands of bales in the paddock, and there is always value in retained stubble.”

Mr Campbell harvested the crop on November 8 and yields were nearing 6t/ha in the best parts.

“We made the decision to let it go and that decision paid off, with the crop yielding 5.5t/ha on the top end of the paddock and lightening off at the bottom. The average was 4.4t/ha.”

The family has been growing wheat there for many years, and in that time, have been able to experiment with many different types.

“We used to grow Ellison for a time, then we moved onto Gregory, then Suntop and Coolah.

“They were all good varieties for the time, but a few people around the district started growing Lancer and I had a look at it too in 2017.

“I like it as a whole package. It’s a mid to late maturing type but you can sow it early if you need to and it’s tough.

“No matter the season, it always seems to yield.”

The Campbell’s have finished planting 80ha of Dawson oats and 250ha of Bennet wheat to feed their 450 weaners, 70 first calvers and 500 cows and will now focus on the Lancer.

They have included dual purpose wheat in past cropping rotations, growing Marombi, Wedgetail and Sunlamb, and will plant 100ha of Kittyhawk for the first time this year (2020).

“Kittyhawk has been looking like a good option here, so we’ll give it a graze and then lock it up for grain. After we put that in, we’ll sow Lancer to 280 hectares of long fallow country.”

Featured Image: Andrew Campbell in his crop of Lancer.

Council is pleased to... 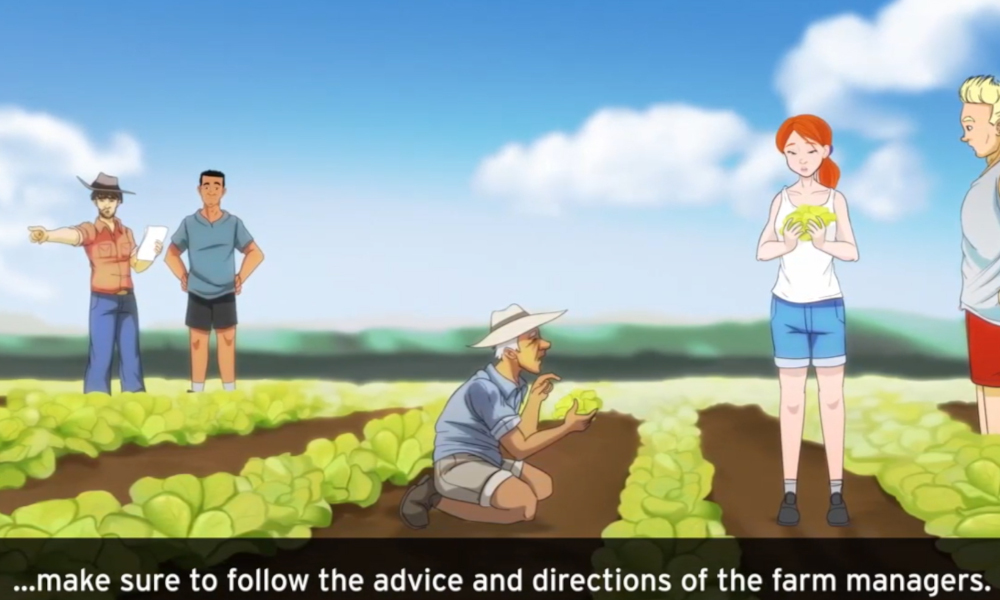 New tools to help your seasonal workers be...

New tools to help your seasonal...

Construction has finished on Cherry Flat...